As part of the European tools to support innovation in agriculture, the European Commission has paid attention to the establishment of multi-actor groups, able to collaborate with applied research. Since 2012, EIP-AGRI (European Innovation Partnership Agriculture) has been activated to facilitate sustainable innovation, through the so-called Operational Groups: a set of subjects that collaborate in the application of an innovation (the GO must consist of at least one farm and one subject operating as a research body). GRAFIS, a precursor project for innovation in the cereal sector in Veneto, made use of this tool which in Italy is included in the Regional RDPs. The Veneto Region adopts a two-phase process: a first phase (measure 16.1) supporting the construction of the GO; a second one (16.2) supporting the activities of the established GO. The GRAFIS project defined the objectives and collaboration methods for the GO on the sustainable cereal supply chain in Veneto, which were then taken forward with the CONSEMI project.
GRAFIS was inspired by the work of low-impact cereal chain actors in defining new and innovative ways of organising the various stages of production, from seed selection and management to consumer distribution. The project made use of field meetings in the cereal growing period and sector surveys, and offered the opportunity of a FILIGRANA event for the exchange of knowledge and experiences between the new cereal chain projects active in Veneto, so as to lay the foundations for the activities of the future Operational Group. Other activities were an analysis of varieties suitable for the Veneto locations, technical training meetings for farmers and others in the supply chain and consumer awareness raising.

The Rural Seeds Network has carried out on behalf of ARSIAL (Regional Agency for Agricultural Development and Innovation in Lazio) a participatory and evolutionary genetic breeding project to obtain seeds adapted to the different ecosystems of Lazio, centred on experimentation on three crops:

Between 2019 and 2020, a series of technical-scientific update seminars were also held for Lazio Region technicians on the topic of agricultural biodiversity (one of them in collaboration with the DYNAVERSITY project). In addition, RSR organised animation meetings on the territory to identify the social networks present and facilitate their involvement in the dynamic management of agricultural biodiversity and, in particular, in the management of variety conservation systems by local communities. The programme targeted all those actors dedicated to the protection of agrobiodiversity, including in organic and biodynamic systems, and to the transition to low-input production systems. Website: http://www.arsial.it/arsial/biodiversita/promuovere-la-diversita-per-innovare-i-sistemi-agricoli-programma-di-ricerca/

At the core of this project was the concept of “diffuse” production (locally managed instead of centrally managed by seed companies for (inter)national sale) of seeds, and in particular populations, with a view to preserving the principle of specific adaptation of each population to a given environment. The population, the bearer of diversity, adapts to the location and evolves over time, showing greater resilience than uniform seed. Around this idea arose the need to build a network between the different stakeholders potentially interested in innovation, first and foremost the farmers, in a broader perspective of collaboration over time around a shared project. Diversity that is not exclusively biological Locally grown varieties are not only the product of genetic and environmental diversity, but also of cultural diversity in the approach to innovation and responding to the needs of local society. All these aspects require collective management to harmonise the needs of farmers with those of the supply chain and consumers. The Operational Group of the project therefore engaged in an open dialogue with the farmers and the various actors present on the Tuscan territory, considering the different experience and geographical origin of the group members essential to respond to the problem of managing the diversity inherent in the populations and the various problems that emerged during the various phases of the project. Crucial in the marketing of population seeds are the following questions

how to organise the seed production of material that does not have uniform and stable characteristics over time?
How many farmers are interested in experimenting with populations on their own fields?
How can a population seed production system be sustained socially, technically and economically?

The project has addressed these questions and the Operational Group continues to explore them today through the RESILIENT CEREALS 2.0 project. Duration: 2017-2019 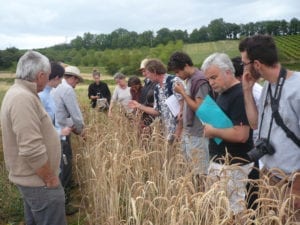 The project has closed with the following recommendations:

Promoting diversity is essential for the sustainability of seed systems, and this diversity requires circulation of both genetic material and knowledge among stakeholders, facilitated by specific legislation and regulation
The community and its norms and expectations are key to seed development at the local level and their impacts must be considered;
Seed houses fill the gap between farmers and seed banks at local level, this role therefore requires valorisation

Available on the project website are a series of factsheets on biodiversity in all its aspects in the food supply chain (from seed, through field research to product marketing), farmers’ rights and seed houses. Website: http://www.diversifood.eu/ Duration: 2015-2019 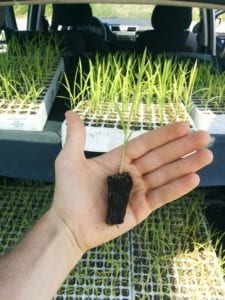 Among the greatest problems facing the planet today are loss of biodiversity, climate change, poverty, water, and world hunger. To these have been added, in recent years, the problems of obesity (not a disease in itself, but a condition that predisposes to many diseases including type 2 diabetes) and diabetes, which have now become pandemic. Although these problems are often dealt with separately, they are linked and have one common denominator: seeds. A relationship is beginning to emerge between the increasing uniformity of food, a consequence of the varietal uniformity pursued over the last 50 years by genetic improvement, and disease. The consequence of this relationship is that an unhealthy diet is now one of the main causes of ill health in developed economies. The RESILIENT RICE research programme aims to contribute to addressing this issue through the development of seeds that, due to their ability to adapt to climate change, can produce healthy food for present and future populations. Evolutionary populations are used by farmers as a source from which to select new varieties, either by themselves or with the participation of technicians and researchers. This way of managing an evolutionary population creates medium- and long-term benefits, and its effects are felt well beyond the duration of a project: the increased possibility and competence to select seeds within evolutionary populations increases farmers’ ability to respond dynamically to new market demands or the emergence of new diseases and insects, which are also linked to climate change. The long-term objective of the programme is to contribute to the transition of the Italian rice system towards an agro-ecological cultivation model based on diversification. In the short term, the aim of the Resilient Rice project has been to facilitate access to less uniform varieties than those currently on the market, favouring their adaptation to local contexts, including cultivation techniques. The new EU Organic Regulation will come into force in January 2022 and from that moment on, the organic seed sector will open up to a simplified variety registration and certification system based on diversity. Through a participatory (involving stakeholders, including consumers) and decentralised (on-farm) research model, the programme has identified the most suitable rice varieties for organic and biodynamic cultivation and different agronomic techniques, and has also started trials on varietal mixtures and evolutionary populations.

The project benefited from the collaboration and experimental results related to organic and biodynamic rice agronomic techniques identified by the research group of the University of Milan, Department of Environmental Sciences and Policies within the Risobiosystem project. Duration: 2018-2020 (phase 1) More info:message 2 icon